You must enable Javascript on your browser for the site to work optimally and display sections completely. 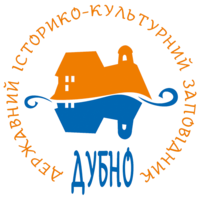 The State Historical and Cultural Reserve of Dubno

Dubno is a prince capital of Volyhn

Dubno is one of the most ancient and the most interesting cities of the picturesque Rivne region.

Dubno castle is one of the most ancient construction of the city, inspired by the old history and legends. The representatives of the outstanding Ukrainian family, princes of Ostrog, were the founders of the castle, who turned it into the main residence of their estates at the beginning of the XVIIth century.

The ancient walls of Dubno castle remember the invasions of Crimean Tatars, a siege by Cossack troops, Polish, Russian, French and Swedish troops in the XVІІth–XVIIth centuries. They remained intact during the Northern War, Tadeusz Kosciuszko's rebellion and French-Russian War in 1812. Despite a number of the enemies' intentions, Dubno castle has never been overcome. There were Ukrainian hetmen and Russian emperors and Polish kings and Italian architects and a lot of other world-renowned persons.

There is the palace of princes of Lubomir of the XVIIIth century in the courtyard of the castle, where luxuriant banquets, knight tournaments, classical music concerts, pantomime ballet and fireworks took place. The plays of the famous Polish playwright Wojciech Boguslawski were started to stage in the palace. The Roman opera also performed here. Visitors have recently been able to use the service of virtual additional reality (VAR) and to see exhibitions using smart phones. There are museum exhibitions and impressive exhibition of torture and the Inquisition in the castle. This exhibition starts getting scary.

Right here, in Dubno city, there have been tragic setbacks of the national liberation struggle of Ukrainians. M. Gogol described these events in his novel “Taras Bulba”. Now, tourists have the opportunity to visit key locations and sites of ancient Dubno city, where major events took place that the genius author described in his novel.

Dubno city can be proud of large number of temples that were built in different periods and have different architectural styles. At the moment, there are more than twenty places of worship in the city. So, our city can be called a city of temples.

Tour participants can visit main places of worship of our city. One of them is the Church of the Transfiguration that has been preserved since the existence of the monastery beside the church in the XVth–XVIIIth centuries.

The church of the former Monastery of Bernardins is the main historical and cult construction of the city. Janusz Ostrogski founded the church and the monastery in 1614. The dungeons of the church were served as a monumental tomb for founders and secular and spiritual men. Now, it is a man’s monastery of St. Nicholas.

The Church of St. Elias is the central church of the city, which was founded in 1907 at the site of the former wooden church.

Lutsk Gate is the unique historical construction of the city, which is located on the old road from Dubno to Lutsk. Lutsk Gate is a rare kind of the barbican. You won’t find it anywhere except Volyhn. There was Masonic lodge “Perfect secret” in the XVIIIth century.

The Great Synagogue is located in the central part of the city, which was built in 1794 at the site of the former wooden of the XVIth century in the center of Jewish reserve. The Synagogue is the greatest at the territory of the western Ukraine. 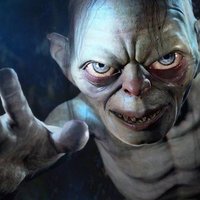 The State Historical and Cultural Reserve of Dubno

Sign up for newsletters and deals from rivne.travel and our partners

By clicking submit you agree to the Terms and Conditions.